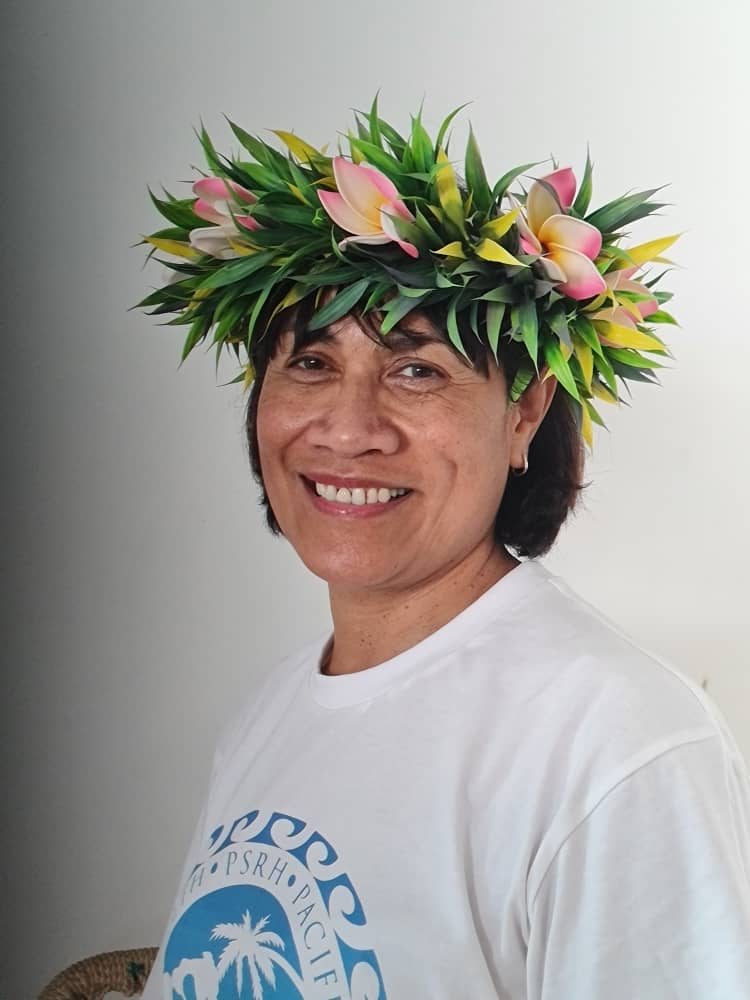 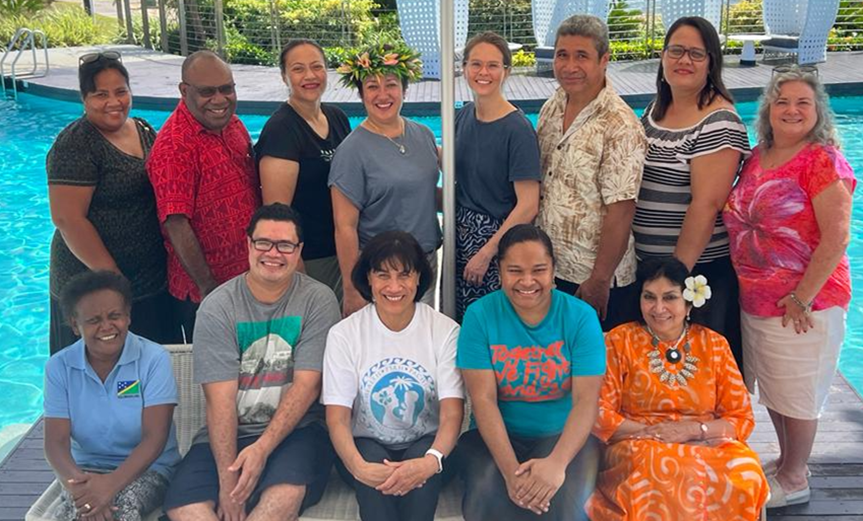 As part of our BGM the Society welcomed a new board and chief officers of the trust. Some of the new board consists of familiar faces (Dr Karaponi Okesene-Gafa, Ulai Tapa Fidow, Dr Pushpa Nusair, Dr Gunzee Gawin (past President)) but a number of new members were welcomed into the fold. Welcome to:

A hearty congratulations to our new President Dr Karaponi Okesene-Gafa and Vice Presidents – Dr Ulai Tapa Fidow and Litiana Tatukivei and who will preside over the board from 2022-2024.

We received the mandate from the membership at the recent BGM to focus on the following areas and will update work plans and progress against those plans from time to time as we near the culmination of the next work period, from now until the BGM in 2024. Plans are already underway and expect exciting initiatives shortly.

If you wish to be involved in developing these initiatives or have ideas or contributions to make please contact us by email and we will put you in touch with the team lead.

As voted on at the BGM in Samoa, our next BGM Scientific Conference and Workshops will be held in October 2024 in Auckland, New Zealand. All offers of assistance (and all ideas are very gratefully received) in leading this conference to our LOC.

Dr Susan Tutty
GP Liaison for Women’s Health, Counties Manukau, Auckland, New Zealand
Counties Manukau is responsible for providing women’s health services in the Counties Manuka District Health Board boundary. It covers a population of over half a million and has one of the largest populations of Maaori, Pacific Islanders and Asian communities with relatively rapid population growth and high socio-economic deprived status. Therefore family planning is an essential service for these communities.
Improving access to contraception was highlighted as an important intervention in women’s health, and recommended in perinatal mortality meetings. Despite this, there is little data on women accessing contraception of their choice in Counties Manukau.
In an attempt to estimate planned pregnancy rates, an audit of folic acid use prior to pregnancy was undertaken. It found that only 5% of mothers start folic acid prior to pregnancy. Contraceptive data taken from pharmacies in 2015 suggested that approximately 20% of women in Counties Manukau use some form of contraception, but of that 20% only 8% use long acting reversible contraception (LARC). LARC is now considered first line contraception for all women but its uptake is still low. The Beach Study found that if women seeking contraception were given free access to the contraception of their choice, with no barriers, 67% of women would prefer a LARC.
Unplanned pregnancy: In a survey conducted at Middlemore Hospital, 54% of women reported that their pregnancies were unplanned: 62% of Pacifika women and 88% of Maaori women. Of the 16 women in the survey who were under 21, all of them had not planned their pregnancy. This demonstrates the “unmet need for family planning” and suggests inequities in access to contraception with particular disadvantages for Maaori and Pacifika women and young people.
The effect of poverty: Over half of all births in New Zealand in 2015 were to women living in quintile 4 or 5 neighbourhoods. Maori and Pacifika women are clustered in quintile 4 and 5 as shown in the table below.

Thirty seven percent of New Zealand’s Pacific Island people live in Counties Manukau and 76% of the Pacific Islanders of them live in the most socio-economically deprived areas in New Zealand. Pacifika women make up the largest proportion of births (30.6%) at Counties Manukau Health.
The women’s story: The stories of our women, collected from focus groups and freely shared in situations where LARCs are being made available, are incredibly moving and suggest there is a huge unmet need for contraception and for LARCs. Anecdotally, one of our midwives who agreed to help with the insertions of Jadelle on the post-natal ward has become a very strong advocate for LARCs after experiencing the appreciation and relief expressed by women who have received this service.
About LARCs
LARCs are described as “fit-and-forget contraception”, as their failure rate is not user-dependent, which makes them very suitable for the young and for women with busy and complex lives. Once Jadelle is removed the woman returns rapidly to fertility; ideal for spacing children and also for family completion. Jadelle have only been available in New Zealand since August 2010. Not all GPs are confident or skilled in the insertion of LARCs which may influence the options they present to women.

Postnatal Contraception
The provision of contraception to women whilst on the post-natal ward is the most cost-effective and convenient service delivery model. However, it is difficult to provide a service to reach all women. Currently, here is only a very limited number of staff doing Jadelle insertions on the postnatal ward with no service on weekends or outside normal working hours. Postnatal tubal ligations are occasionally performed on high needs women but frequently cannot be done due to pressures on theatre time. Immediate postpartum IUDs are currently not being inserted in Counties Manukau.
To accommodate the growing number of women requesting postnatal LARC insertions funding has been made available to primary care facilities for these insertions.  Whilst this is providing a more timely service than the previous referral to a secondary care clinic, there is concern over the high DNA rate of these new mums who already have to manage a new baby in a high needs area.

Vasectomy
Counties Manukau Health funds a vasectomy service for partners of post-natal women within 6 months of birth; services for women requesting termination and those requesting tubal ligation. Funding based on other criteria including family size has recently been withdrawn. This funding has provided vasectomies to men from high deprivation areas twice as often as men from low deprivation areas, but the numbers of Maaori or Pacifika men receiving this service are still relatively low.

Health Equity Project
Ko Awatea and CM Health have initiated a Health Equity campaign with the vision of reducing health disparities experienced by Maaori and Pacific communities by December 2020.  Women in high deprivation areas, Maaori and Pacific women need to be offered appropriate contraception. This project has removed barriers related to the cost of LARC insertions for women in Otara and is working on understanding other barriers within the GP practices, and build on women’s awareness or experience of LARCs.
A model for change has been introduced as illustrated by the following figure which highlights some of the change ideas being explored.

The future
At a recent focus group discussion with Maaori and Pacifika women who had recently given birth, the women surprised us by saying, “why are you working with doctors and the nurses, let us know what is there for us.” This is a challenge to go out into the community; to discuss, to challenge and inform women.  The social, economic and health benefits of LARCs have been clearly documented; these should be recognised politically, and funded nationally. Our women, and particularly our Pacifika women, are missing out on appropriate contraception and resulting in many unplanned pregnancies. It is inequitable and unjust.  All women should be informed about contraception, and have timely access to the contraception of their choice. Planned pregnancy provides the opportunity to optimise healthcare and address issues prior to pregnancy; and to give babies the best possible start in life.

By PSRHadmin
Manage Cookie Consent
To provide the best experiences, we use technologies like cookies to store and/or access device information. Consenting to these technologies will allow us to process data such as browsing behavior or unique IDs on this site. Not consenting or withdrawing consent, may adversely affect certain features and functions.
Manage options Manage services Manage vendors Read more about these purposes
View preferences
{title} {title} {title}